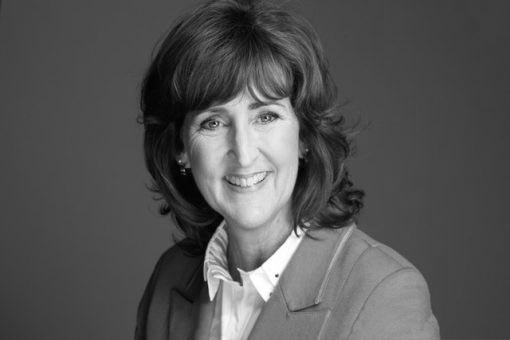 Susan Taves, CPA, ICD.D, currently serves on three boards, including the TSX Trust Company, the Skyline Group of Companies, and KINDRED Trust, where she is Chair of the Board. She is also a Director of Options for Homes, a not-for-profit home ownership developer and member of the Executive of the Southwest Ontario Chapter of the Institute of Corporate Directors.

When did you decide to transition from senior partnership at a global accounting firm to corporate governance?

When I hit the 30-year mark. I knew that I wanted a second career. Most accounting firms require the partners to leave not later than the age of 63. Partnership agreements require 100% dedication to the partnership. I wasn’t looking to do both. I consider corporate director work a dedicated focused career.

How did you approach the transition?

I started pondering a change at the 25-year mark. I read everything about the director sector from 2010 – 2013, watching the trends and how many boards were out there. When I got a sense that there was a good opening, I applied to the ICD Directors Education Program in 2014. Once I got into that program, it was pretty much clear to me, let’s go!

How did you leverage your financial experience to reflect the strategic needs of a board?

My background expertise is financial. Those skills transfer across sectors. There’s probably 20% uniqueness in an industry or sector, but the core financial work has a common element of at least 50%.

I started in audit, but moved into the consulting side: mergers, acquisitions and restructuring. One week I was talking about how to handle an ownership change in the hog industry and a month later I was in the automotive manufacturing sector. Those are strategic, big picture skills. Financial was the backdrop that got me into those conversations, but 30 to 40 percent of the engagements were strategic topic areas.

Your first board approached you. How did that come about?

I let people know I was looking. That connection actually came from the University of Waterloo, where I was on the board of one of the affiliated colleges. There was commonality with the leadership and board at the credit union.

The second board was the Skyline Group of Companies, which is a REIT we have invested in for quite a number of years. I wrote to the CEO with my resume and said I would be interested. Also, I knew they were having some change with their board of directors. So, I went direct. That’s what I would recommend if you have even a remote connection. If somebody has a board they’re interested in, write to the CEO and the Chair. It’s completely opposite to what anyone else says.

What is your networking strategy?

Can you describe the process of becoming Chair and demonstrating Board leadership?

Board leadership is intentional. It involves planning and discussions by Board/senior leadership in order to match people, time and skills.  I never spoke forward or campaigned for positions.  The process was always visible as senior leadership developed succession plans.

What has been the most surprising part of the transition?

I now understand why people sit on multiple boards. It is a job. You do develop

skills at it, and they do transfer. When I joined my third board, which is TSX Trust, it just resonated so much in terms of the tone of dialogue between management and boards and the need to focus on strategic versus key operational issues. Those are skills we develop. I think people should not underestimate the value or necessity of making it a full-time job. I think both men and women have not registered that and said it clearly. This is a skill and not everyone can do it. This is a learning path. I’m excited about the next 10 to 15 years. I’ll keep learning every step of the way from the people around me and the companies that I’ll be part of. And that’s exciting.